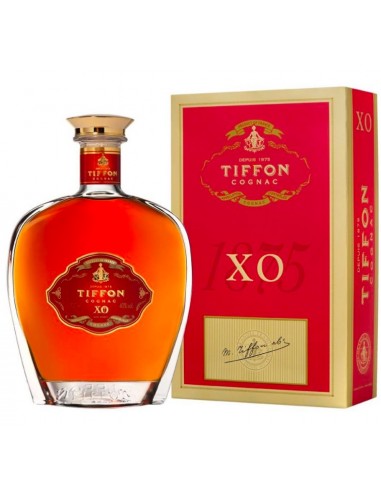 Aged from 15 to 25 years in oak barrels, Tiffon XO is a blend of eaux de vie from the best crus of Cognac. It reveals a delicate nose of dried fruits, then an aromatic complexity dominated by notes of vanilla, followed by a touch of cocoa and spices. The finish is elegant.