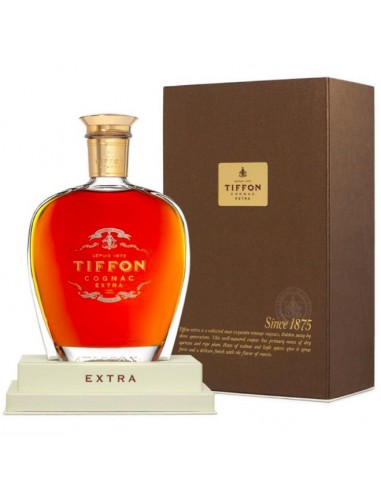 Tiffon Extra is a collection of the finest cognacs, aged for three generations. It offers notes of dried apricots, candied oranges, nuts and light spices, with the sought-after aroma of rancio on the finish.