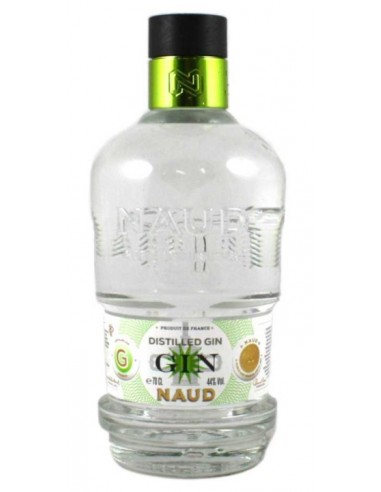 In his youth, Emile Perrier had concocted an original Gin in the secret of his small distillery. He did not dare to market it, fearing that he would incur the wrath of the neighbouring distillers.

Today, Jean-Michel and Pierre are shaking up the conventions. After long research to find the ingredients of their grandfather's formulas and several distillation tests, 12 botanicals were finally selected to compose a fresh and unique bouquet of aromas. They are infused for 7 to 10 days, before being distilled in a "steam bath" to reveal the quintessence of their fragrances.

The nose offers exuberant aromas of lime, grapefruit and freshly picked flowers, while the palate is lively and powerful, characterised by citrus fruits mixed with mentholated notes and sweet spices (cinnamon, cubeb, green cardamom). The grip of juniper gives way to bergamot, for a fresh and persistent finish. An ideal gin to add character to your G&T.

Built in the 19th century in Pons, in the south-west of France, the old Pinthiers grain mill, with its paddle wheel, was transformed into a family distillery in 1923. Well hidden on a small island, the old limestone building, bordered by lime and willow trees, is surrounded by two arms of the Seugne. It is a very singular distillery nestled on its island, protected from prying eyes! Inside, five old traditional 2,500 litre stills, surprisingly well preserved, are starting a second life. Their small size contributes to the elaboration of unique batches. For decades, Emile Perrier meticulously elaborated original liqueurs which enjoyed a good reputation in the region. At the time, it was called the Perrier Distillery.

For a century, five generations of passionate entrepreneurs have succeeded one another on the property. The last of the lineage are even a little rebellious. In the 1980s, Robert Perrier's son-in-law, Jean-Michel Naud, an oenologist by training and a passionate explorer of wine and spirit aromas, rediscovered the estate. With his son Pierre, they decided to rekindle the flame of the traditional copper stills to produce noble and racy cognacs and to offer a range of original and seductive spirits.