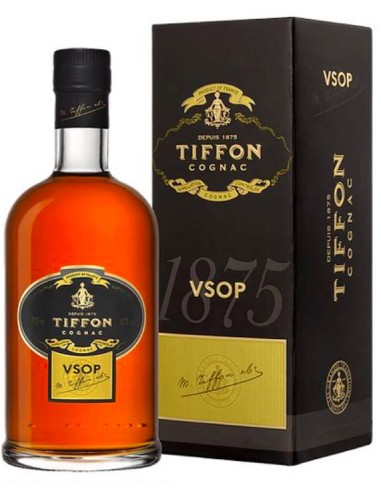 The VSOP Tiffon is a delicate blend of Cognacs mainly from the Fins Bois region. It presents an elegant nose with a floral character, round and soft. The finish offers a hint of spice and vanilla. It can be enjoyed on the rocks or in a cocktail, to enhance its fruity side.