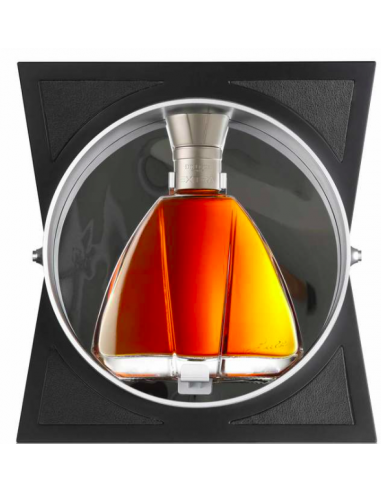 Created with meticulousness and humility by the Boinaud family, from the vine to the glass, EXTRA expresses original notes such as narcissus, fresh hazelnut or cigar box.

This Extra Cognac has been aged for at least 30 years; the eaux-de-vie come from the two best terroirs of the Cognac region, the Grande Champagne and the Petite Champagne. The result is both sweet, refined and powerful. Floral and fruity notes of jasmine, figs and dried fruits merge with aromas of vanilla, chocolate, nutmeg and eucalyptus.

In the heart of the Grande Champagne, the Boinaud family (also owner of the J. DUPONT Cognac) has been consolidated since 1640: 24 generations have given it a solid reputation. The story has only just begun. Like Alfred de Luze, Rémi and Charles Boinaud, both in their thirties, are working to preserve the values of the house: modernity and know-how.

The story of Alfred de Luze is comparable to that of Michel Boinaud who later became the owner of the brand. Starting from nothing, Alfred de Luze is an adventurer. As a young man, he lived between Paris, Le Havre and New York before moving to Bordeaux and creating his own trading house in the 19th century. In 1822, he created his own house, bearing his name, Cognac De Luze.